Twenty-three year old Naomi Osaka is one of the leading forces in the WTA Tour. She has won three Grand Slam titles thus far, with seemingly more awaiting her in the future. Her most recent win was the 2020 US Open championship. And prior to that, Osaka won her first two Grand Slam singles titles in back-to-back Grand Slam tournaments: the 2018 US Open and the 2019 Australian Open.

Naomi was born in Japan to a Haitian father and a Japanese mother. Along with tennis, Osaka has a particular fondness for gaming ( it’s something that she and I have in common!)

Recently, she received the new PlayStation PS 5, and when asked about her experience with it, she said:

RELATED:
The Hilarious New Tennis Comedy FIRST ONE IN Just Dropped On Amazon And iTunes!

Naomi Osaka’s success off the court 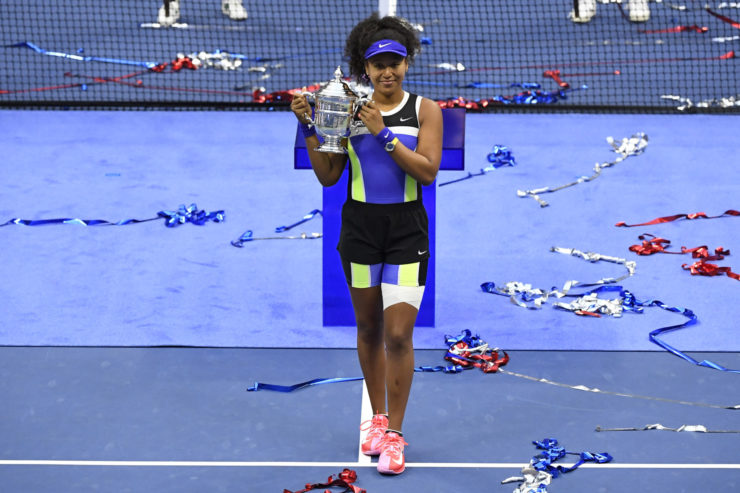 Osaka is one of the most marketable athletes in the world, capitalizing on her Grand Slam champion status. In 2020, she holds the honor of being “the highest-earning female athlete” — not only in tennis but across all sports. She was also included in Time’s annual list of “100 most influential people in the world” both in 2019 and 2020.

RELATED:
The Commentators Who Will Be Serving Up The Action From The 2020 US Open

While sharing her gaming experience on her new console, Osaka added:

As a gamer myself, I can concur that gaming is a welcomed distraction from the stresses of daily life, and that’s something we all could use. Maybe if I get the PS 5, I’ll actually win, lol!

Osaka pulled out of the 2020 French Open due to a hamstring injury. With the WTA Finals in Shenzhen canceled, women’s tennis will resume in the next year, giving her plenty of time to recover so she can get back to winning those Slams!

*Disclosure: This post contains affiliate links. If you use these links to buy something we may earn a commission. There are no additional costs for you. The funds help us maintain this website, and we thank you for your support! You can read our full disclosure here.

WTA Adds Two Events Before 2020 Season Officially Ends
“This Has Meant So Much to Me and My Fans”: Roger Federer Announces Exciting News

If You’ve Ever Thought WTF When You Were Told to Engage Your Core, This Post Is For You