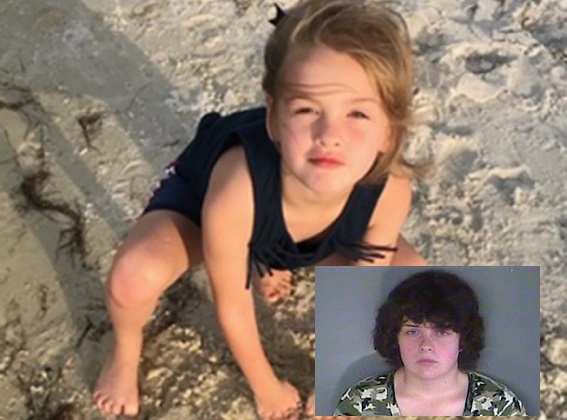 J. Anderson, young mother from Louisiana, brought her dead daughter to a local hospital claiming her daughter suffers heavy injuries as a result of a car accident. Right after the medical staff realized the girl was already dead, they called the police.

Anderson told police her 6-year-old daughter had injured her neck in the accident, but Audrey’s injuries were reportedly not consistent with a crash.

Investigators spent hours attempting to find the scene of the alleged crash, but couldn’t find it.

The truth about her death

The following day, investigators were able to locate the scene, but “evidence indicated it was not a vehicle crash as described by Anderson,” according to the news release. An autopsy conducted that day confirmed that Audrey died from an injury to her neck.

The mother was charged with second degree murder for her daughter’s death. The location of the incident has not been released. Police think the mother beat her daughter so hard, she suffered deadly injury on her neck.

It is unclear whether Anderson has an attorney to comment on her behalf.