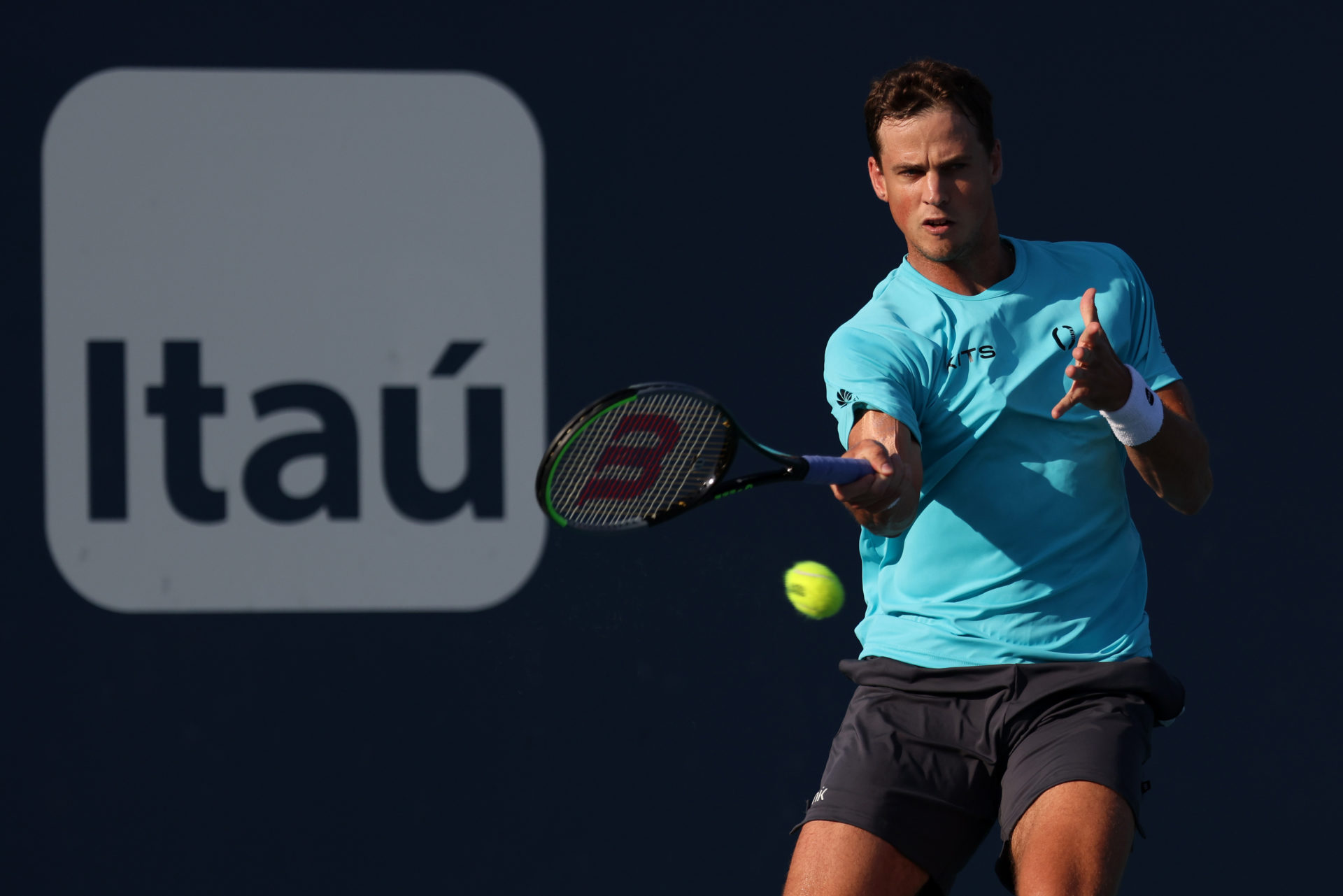 Vasek Pospisil of Canada hits a forehand against Mackenzie McDonald of the United States (not pictured) in the first round of the Miami Open. | Photo Source: Geoff Burke-USA TODAY Sports

The 2021 Miami Open has gotten off to a somewhat “edgy” start than expected, for in the opening round match against Mackenzie McDonald, Canadian professional Vasek Pospisil voiced his frustration with the ATP Chairman.

Things were a little unclear at first as the 30-year-old gave away the last three games without even trying. Moreover, the Canadian intentionally ran the serve-time out and lost the set 3-6.

Following that, Vasek approached his chair for the two-minute break and basically ranted about the ATP player’s meeting that had happened a day before.

Vasek Pospisil and his frustration with the ATP chairman

Vasek Pospisil, the co-founder of the PTPA, was obviously upset and exasperated about the player’s meeting. In the meeting, the ATP chairman had apparently given the Canadian professional an earful for trying to bring the players together.

The Professional Tennis Players’ Association, started by Novak Djokovic and Pospisil, is seen as a substitute for the ATP Player’s Council. Both former members sought a way to primarily look after the interests of the players.

Clearly, it has left many things unresolved. Perhaps, for the same reason, a heated exchange seems to have happened between the ATP Chairman and Pospisil.

“An hour half yesterday, chair of the ATP f**king screaming at me in a player meeting for trying to unite the players. For an hour and a half. The leader of the ATP. Get him out here. […] F**king a**hole.”

Furthermore, the chair umpire asked him to deal with it outside the court or after the match, however, the Canadian continued, saying exactly what was on his mind.

MORE FROM TENNIS LIFE MAGAZINE:
Comedian Jimmy Fallon Teams Up With Tennis Stars To Prank The Press, And It's As Funny As You Think

Vasek added, “Why am I supporting this?” and had to decide whether to play ahead or not. Eventually, the opening set breakout lead to his exit in the opening round of the Miami Open 2021.

After the Pospisil drama, what’s next in line at Miami?

This was indeed one of the most unexpected beginnings of a Masters 1000 tournament.

Moving forward, the next round will see some of the finest next-generation players competing for a 1000 points. The players to look out for are Daniil Medvedev, Stefanos Tsitsipas, Alexander Zverev and Andrey Rublev.

Do you think any one of them can win the Miami Open 2021 title?