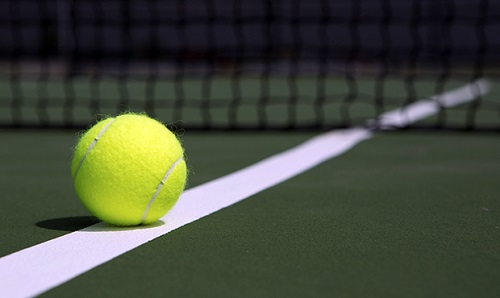 Tennis has been one of the world’s most popular sports for generations. With that in mind, our guest blogger and tennis fan, Mark Cop will present some of the weird and wonderful facts about the sport that most people never knew. Thanks, Mark!

1.. Tennis balls were originally white since people loved to watch tennis on TV, which back then was black and white. When colored TV came along, people at home had trouble spotting the ball on the screen, so the officials decided to make the ball in a bright color. The three choices were, yellow, orange or bright pink and the yellow color won. The new yellow tennis balls were used at Wimbledon for the first time in 1986.

2.  The early version of tennis involved the wooden racquet and the hourglass court which was smaller than the modern tennis field. The modern rectangular courts were introduced in 1875. 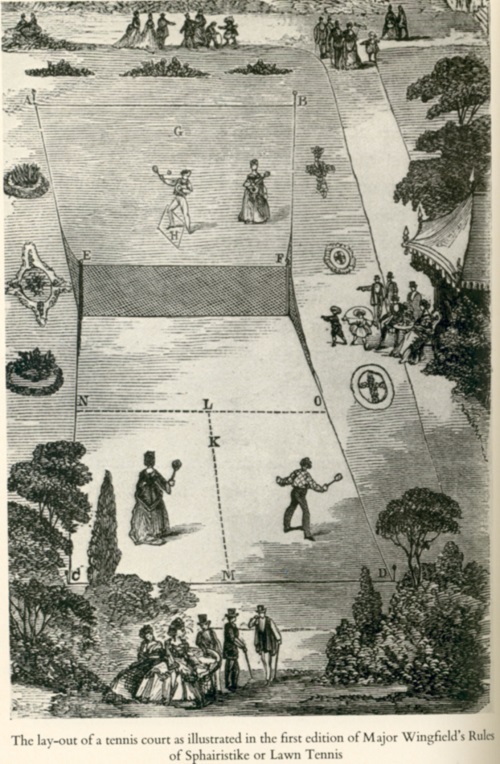 3.  When tennis was first being played, people hit the ball with their palms. Since the balls were rather thick and people had red palms after the match, they decided to use some equipment. Just imagine the pain in the palm after one long match!

4.  When the tennis racquet was introduced, for the first few hundred years, the strings were actually made from the intestines of cows and sheep.

RELATED:
Get The Party Started With These Awesome DIY Tennis Inspired Halloween Costumes!

5.  For hundreds of years the main tennis court surface was grass, but today there are numerous other materials which are not only cheaper and easier to maintain, but they play better and cause fewer injuries for players. Due to that, grass is slowly being eliminated from the game. One of the last tournaments played on grass is Wimbledon, and it is only a matter of time until the grass is replaced with a newer material, like carpet or specialized rubber.

6.  Every true tennis fan has seen Wimbledon’s trophy 1000 times, but how many did they notice the small pineapple on the top of the trophy? The real reason why the pineapple is on the top is unclear but the best theory is that pineapple was extremely rare fruit in England in the past so they used it’s shaped to symbolize wealth and victory. 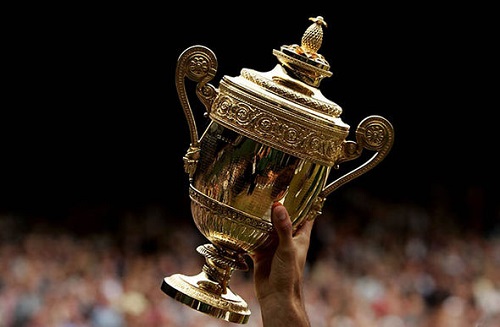 8.  On the ladies side, the shortest Grand Slam final ever recorded was in 1988 between Steffi Graf and Natalia Zvereva. Steffi Graf proved she was better and with the 6-0, 6-0 win she defended her title in amazing 34 minutes.

9.  The fastest serve on the record goes to Australia’s Samuel Groth, with the amazing speed of 163.4 mph. For the women, that title belongs to Sabine Lisicki of Germany, who hit an impressive 131 mph serve.

10. The oldest tennis players are still pretty great at the game. Yes, we are talking about Younes El Aynaoui who is 46 years old.  And the same title among women is Kimiko Date, who is 47.

Mark Cop is not just a tennis fan, but also a former professional foosball player who still plays the game, but now has a fantastic blog, “The Foosball Zone” at www.foosballzone.com. On his blog, he writes about everything foosball, from rules and tips and tricks of the game to the best tables to buy, to the maintenance and care of the tables. If you too are a fooser, be sure and check out his blog!

You may also like...
Related Topics:everything else, tennis trivia

More in Everything Else Tennis